This year's election has a lot riding on it, including two key psychedelic ballot measures. Here's what you need to know 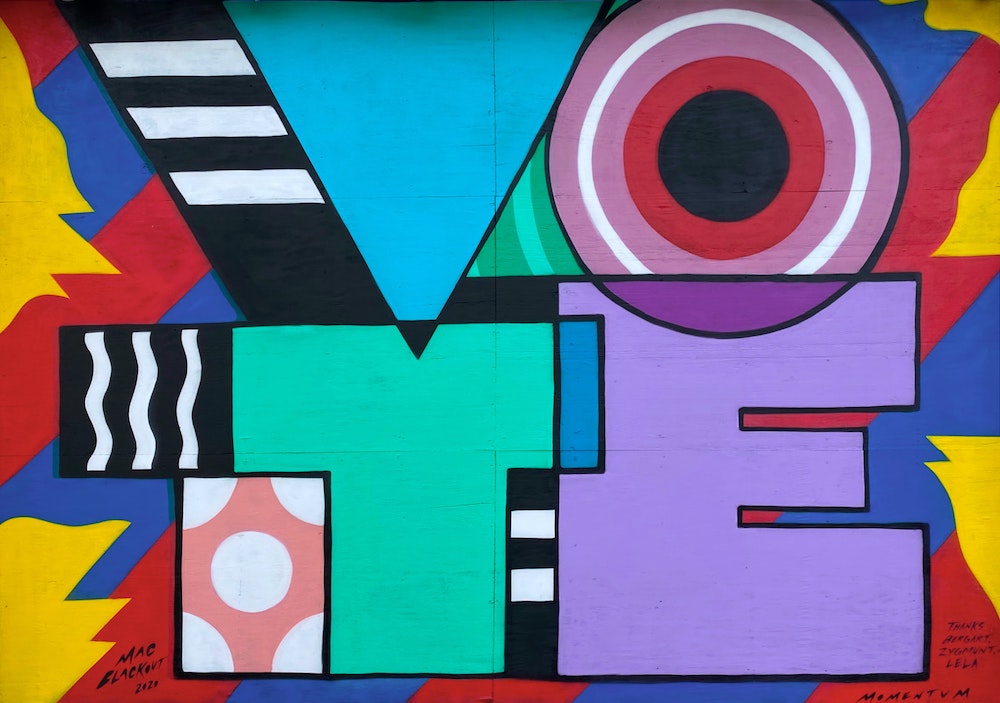 There’s a lot at stake this election year November 3rd. Voting by mail has started, and more than 9 million Americans have already mailed in their ballots. Beyond the future of our democracy, there are a few notable ballot measures across the country that could help move America toward decriminalization of psychedelics. Two key votes are on the ballot this year, one in Oregon and one in Washington D.C.

Decriminalizing psychedelics is part of our roadmap toward improved mental health care in America. A growing body of research is finding psychedelic substances hold significant benefits for treatment-resistant depression, anxiety, and PTSD.

The study of psychedelics is getting a boost from Wall Street, too, as companies including MindMed and Compass Pathways have gone public. Esteemed physician Dr. Andrew Weil, joined the board of advisors for Field Trip Health just last week. That company integrates psychedelic therapy with digital devices in a trip-assisted app program. It’s also opening clinics in major markets including Toronto, Los Angeles, and New York.

Here’s how to vote for psychedelics on November 3rd or on your mail-in ballots.

If you’re a District of Columbia voter, you’ve got a big opportunity to set a precedent in our nation’s capital. Initiative Measure 81, the Entheogenic Plant and Fungus Policy Act of 2020, aims to decriminalize psychedelic substances including psilocybin, ibogaine, and ayahuasca.

Along with Denver and Ann Arbor, Santa Cruz and Oakland, California, have both passed measures decriminalizing psychedelics. But Oregon stands to become the first state in the nation permit therapeutic use of psychedelics.

A "yes" vote supports the measure, which would authorize the Oregon Health Authority (OHA) to create a program that will permit licensed service providers to administer psilocybin to individuals 21 years of age or older.

OHA would bear the responsibility of both creating the program and its regulations within a two-year timeframe. It would determine who is eligible to be licensed facilitators, determine what qualifications, education, training, and exams are needed, and it would also create a code of professional conduct for facilitators. OHA would also set psilocybin dosage standards and create the labeling and packaging rules.

The passing of the measure would also create the Oregon Psilocybin Advisory Board (OPAB), which  would advise the OHA.

Under measure 109, purchasing, possessing, and consuming psilocybin at approved service centers would be legal.

Some say a victory here wouldn’t necessarily be a victory for psychedelics, especially as the state’s Health Authority is currently focused on the pandemic that shows no sign of slowing down. But others, including Oregon Psychiatric Physician Association (OPPA) and the American Psychiatric Association (APA), say this initiative could set in place restrictive measures with lasting effects.

APA penned a letter to Oregon’s Secretary of State Bev Clarno urging the state not to allow the measure or to instead “explicitly address the science and extreme risks” associated with the use of psilocybin.

“As medical experts in psychiatric care, we are concerned about determining medical treatment by ballot initiative,” the letter signed by APA CEO and Medical Director Dr. Saul Levin wrote. “Such treatment should be evidence-based and determined solely by professional standards of care. Science does not yet indicate that psilocybin is a safe medical treatment for mental health conditions. While the FDA has granted psilocybin breakthrough therapy status, this does not establish the safety and efficacy of this treatment, it merely establishes the process by which to further study the treatment.”

But a statewide measure would help set a precedent, says Tom and Sheri Eckert, psychotherapists and founders of the Oregon Psilocybin Society. They wrote the  Psilocybin Service Initiative of Oregon.

“Maybe the focus of psychiatry and psychology should be less concerned with diagnostic codes and symptom reduction, and more attuned to the evolution of human beings, real people, experiencing growth and connection within themselves and within the natural world from which we are all miraculously derived,” they wrote in an op-ed. “This, we think, is why we see such remarkable outcomes in the psilocybin research. It is because the psychedelic experience—that ground-shifting sense of connection—is the agent of change. It is the experience that triggers the change, and it flows from within. That should come as welcome news in an ailing society like our own.”