Is 5-MeO-DMT the God molecule? Here's how some researchers and users describe the benefits of this potent psychedelic. 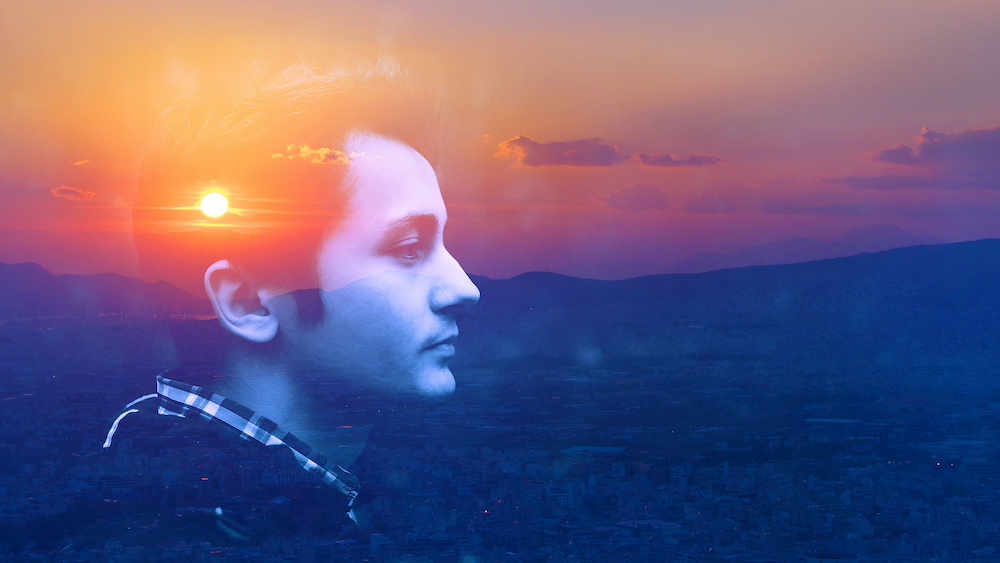 Rafael was apprehensive at first. Sitting on a yoga mat facing the setting sun, he whispered to his wife, “I’m scared.”

R5-MeO-DMT was a religious experience for Rafael. Recounting his second journey on the outlawed chemical on 5Hive, a social media forum of 5-MeO-DMT users,  Rafael recalled sitting on a yoga mat facing the setting sun and whispering to his wife, “I’m scared.”

She touched his face, played one of her singing bowls to calm him. He didn’t have to do this, to inhale the warm 5-MeO-DMT vapors. But since his first time, four months earlier, he both craved and feared the opportunity to, again, experience “the essence of the oneness of the universe.”

His wife leaned toward him, pipe cradled in her hand, and said, “You just have to decide.” And so, he did. Lighting the pipe, he watched the red embers glow as he drew the smoke into the glass chamber.

Within seconds, waves of love and joy overtook Rafael. His body, now, itself a singing bowl of music and vibration, a harmony of life and joy. It was like touching the face of God. Or the Universe. Nirvana. The Higher Power. The One.

“It is an experience from which religions are born, most likely,” Rafael recalled. “That would make sense to me.”

5-MeO-DMT, short for 5-Methoxy-N,N-Dimethyltryptamine, has more palatable nicknames — Five-methoxy, the powder, toad venom. But the one that seems to resonate with a lot of users is “The God Molecule.” A trip on 5-MeO-EMT is like an encounter with the divine, a feeling of such intense spirituality that the chemical has been used as a sacrament in some churches, including the now-defunct Church of the Tree of Life and Church of the Toad of Light.

The potent psychedelic is in a class of chemical compounds called tryptamines along with psilocybin and DMT (N,N-dimethyltryptamine). It is present in some plants and can be made synthetically. But it is also found in the venom of the Colorado River Toad (Bufo alvarius), native to northern Mexico and the southwestern United States. Synthesized 5-MeO-DMT and powdered toad venom are usually inhaled through a vaporization device.

What’s unique  about 5-MeO-DMT is that the experience  is intense, comes on quickly — in a matter of seconds — and lasts a relatively short time, about 1 to 15 minutes,30 minutes at most.

Like DMT (known as the spirit molecule), the “God molecule” is considered one of the most powerful psychedelics. But unlike DMT, during which your visions are alive and your thoughts remain mostly coherent, with 5-MeO-DMT, as some describe, you lose all concept of self and become one with the universe. Some say it’s like a near-death experience that’s capable of shifting perspective and giving a new understanding of life.

This perspective shift is key. Researchers working with 5-MeO-DMT believe it may hold more therapeutic potential than even psilocybin or LSD.

Crossroads Treatment Center in Northern Mexico has found administering 5-MeO-DMT immediately after ibogaine therapy for opioid or alcohol addiction may help patients grasp the cleansing process of the therapy and give them inspiration and motivation to stay clean.

Research has also shown 5-MeO-DMT’s ability to ease emotional disorders. A study published in 2019 in the journal Psychopharmacology found that one dose of 5-MeO-DMT increased feelings of mindfulness and life satisfaction in study participants while easing their feelings of anxiety and depression. Researchers with Johns Hopkins University backed up those claims in a survey of 362 adults who used 5-MeO-DMT in a ceremonial setting. Among them, 80% reported feeling less anxious or depressed after using the drug.

Despite its therapeutic potential, 5-MeO-DMT is listed as a Schedule I drug by the U.S. Drug Enforcement Administration (DEA), meaning the agency has deemed it has no current medical use. Its use is also restricted in China, Australia, New Zealand, Turkey, and several European countries, which limits its potential for research.

Despite its therapeutic potential, 5-MeO-DMT is scheduled in the United States, as well as China, Australia, New Zealand, Turkey, and several European countries, which limits its potential for research.

As for Rafael, he says his journey on the God molecule changed him for the better.

“My intention was to experience sacred and overwhelming gratitude, joy and love coursing through this body in a way I have not otherwise.  Mission accomplished,” he says. “It has allowed me to have a deeper connection with all of life as well as a deeper appreciation for life.”