Allison Feduccia is working to normalize psychedelic medicine and its potential in treating mental health issues. 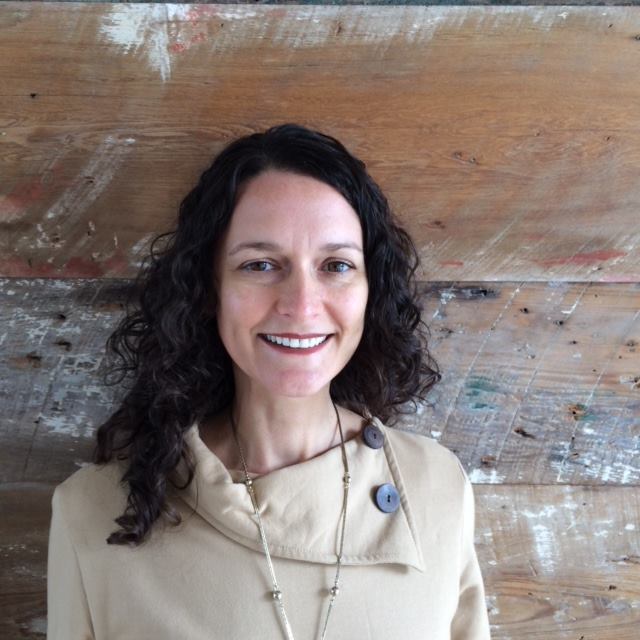 That’s what Allison Feduccia’s graduate advisor told her when she told her in 2009 she wanted to use her PhD to explore the therapeutic possibilities of psychedelic medicine.

“She was like, ‘Are you sure? I mean, once you affiliate yourself with something like psychedelics…,’” she recalls, her voice momentarily trailing off. “Well, working with psychedelics, it was just really on the fringe back then. Not at all what I had been trained to do.”

But it was her passion. And she wouldn’t give up her pursuit.

Fast-forward more than a decade and Feduccia is literally living her dream. She is a neuropharmacologist who serves as co-founder and director of Psychedelic Support and Project New Day, two separate resources that are helping knock down the stigma of psychedelic medicine and open minds to their therapeutic potential.

Her path was pretty direct. Beginning in the early 2000s, “I’d had some experiences myself with psychedelics and the transformational experiences they can bring on,” she says. “And I really wanted to learn more about how they worked on the brain. So, it really set me on a path of curiosity and discovery.”

That led her to the University of Texas where, as a graduate student, she got her first opportunity to research psychedelics when the university received funding from the Department of Defense to research the toxicity of MDMA. At the time, MDMA was generating a lot of attention as a club drug (as "Molly" or "Ecstasy").

At the time, Feduccia recalls, research on compounds like MDMA mainly focused on the detrimental effects they had on human health. But then in 2004, something shifted when MAPS (Multidisciplinary Association for Psychedelic Studies), then a small nonprofit, received clearance to conduct a study in conjunction with the Medical University of South Carolina on the effects of MDMA on individuals diagnosed with post-traumatic stress disorder (PTSD).

The Multidisciplinary Association for Psychedelic Studies

“I remember the professors—all of us—we didn’t believe it. Like, wow, I can’t believe they got approval to do this,” Feduccia says. “It was surprising to see that at the academical level these kinds of studies were going to be taking place.”

In 2007, she had the opportunity to meet MAPS founder and executive director Rick Doblin, and she became even more intrigued with the work his organization was doing to promote the careful use of psychedelics. Two years later, while finishing up her PhD, she wrote to MAPS and asked for a job. Her graduate advisor was aghast.

“MAPS was really small at the time and they weren't hiring anyone,” she says. “But I kept in touch.” In 2015, she reached out again and this time she was hired. “I had a lot more clinical experience by then, working at the National Institutes of Health on alcohol and substance use disorder research.”

“I just really wanted to put my skills and what I had learned to study psychedelics, which really seemed a lot more promising as far as treatment approaches for people with mental disorders. A lot of these disorders are based on trauma and psychedelics gave other ways to address mental health besides daily medication prescriptions. I mean, prescriptions work for some people but not everyone. They have some long-term side effects,” she says. On the other hand, “psychedelic medicines really try to help people heal and transform, help people come to terms and resolutions with their past rather than just taking a substance to change how you feel.”

Part of Feduccia’s role with MAPS was working with therapists. “We found that there wasn’t a place for licensed professionals to present profiles about who they were nor where they could come together with other professionals within the field,” she says. “And there’s a lot of stigma—especially in 2015—where practitioners just felt fear around losing their license by associating themselves with integration or offering integration services or helping people who may have had challenging experiences.”

To tackle these issues, she and her software engineer husband Shawn Grona, in 2017, founded Psychedelic Support, a global psychedelic support network designed to give greater visibility to practices and programs of professionals working in the psychedelic field. “We truly wanted to create a platform for people to use and share information. And it gives professionals a place to feel comfortable with saying that they could offer these services that are legal, as well as a way for clients to find knowledgeable and trusted professionals to talk about their psychedelic experiences.”

The site has since grown to about 350 providers and now offers an informational and educational blog, self-help and other resources for people to use on their journeys, monthly industry newsletter, private forums, live online monthly events featuring different speakers, and courses for the general public as well as professionals, including the first CMEs for psilocybin and MDMA.

About 18 months ago, with Psychedelic Support thriving, Feduccia was approached by Mike Sinyard, founder and CEO of Specialized Components and advocate for innovative approaches for mental health. “He’s a big philanthropist in the psychedelic space,” she says. “And he wanted to establish a foundation for using psychedelic medication for treating addiction disorders. The area is really near and dear to him.”

Together, the two founded Project New Day, a 501(c)(3) not-for-profit organization created to help people overcome addiction and actualize mental health through the responsible and legal use of psychedelics.

Project New Day is made up of a community of scientists, doctors, therapists, guides, people who have experienced the benefit of psychedelics, and others seeking the same. “A common thread drew us together, the passion to grow the responsible and legal use of psychedelic medicines to evoke wholeness, freedom, and fulfillment,” the website states. “We are bound by the determination to make positive and far-reaching impact on human experience, specifically the prevention, treatment, and recovery of substance use disorders.”

The team aims to develop treatment programs that combine psychedelic medicines, peer support groups, and integration practices for people with substance abuse; facilitate communication and collaboration among scientists, healers, and people in the community in safe and accepting physical and digital spaces; provide seed capital and operational guidance to support those who wish to investigate safe, legal and beneficial use of psychedelic treatments for mental health; and education and connect the general public, policy makers, and transformation seekers to nurture the responsible and legal use of psychedelic medicines.

In January 2020, Feduccia stepped down from MAPS to focus on the two organizations, which she says, continue to support the initiatives of MAPS while. She says she is encouraged how much progress has been made to break down the stigma that has plagued psychedelic medicine since the 1960s.

“It’s pretty incredible to see how much has changed in the past two years as far as the progress with the research and all the other services and ideas that are coming on board. But it’s also exciting with what’s happening outside the research sector as far as drug policies keeping legalization happening in a number of different cities,” she says. “But I feel like the service of this site will be greatly improved when there are more legal options for people to be searching for providers and clinics.”

“We are also working on how we can reach mainstream professionals and how we can introduce the topic of psychedelic medicine to them,” she says. “How to have the conversation be based around science and facts and not necessarily around media perceptions. But also, not cherry pick trial participants who share stories that make it sound like these medications are cure-alls or silver bullets because it’s a lot more complex than that.”