Better known for its psychedelic properties, LSD became extremely popular during the counterculture of the 1960’s. 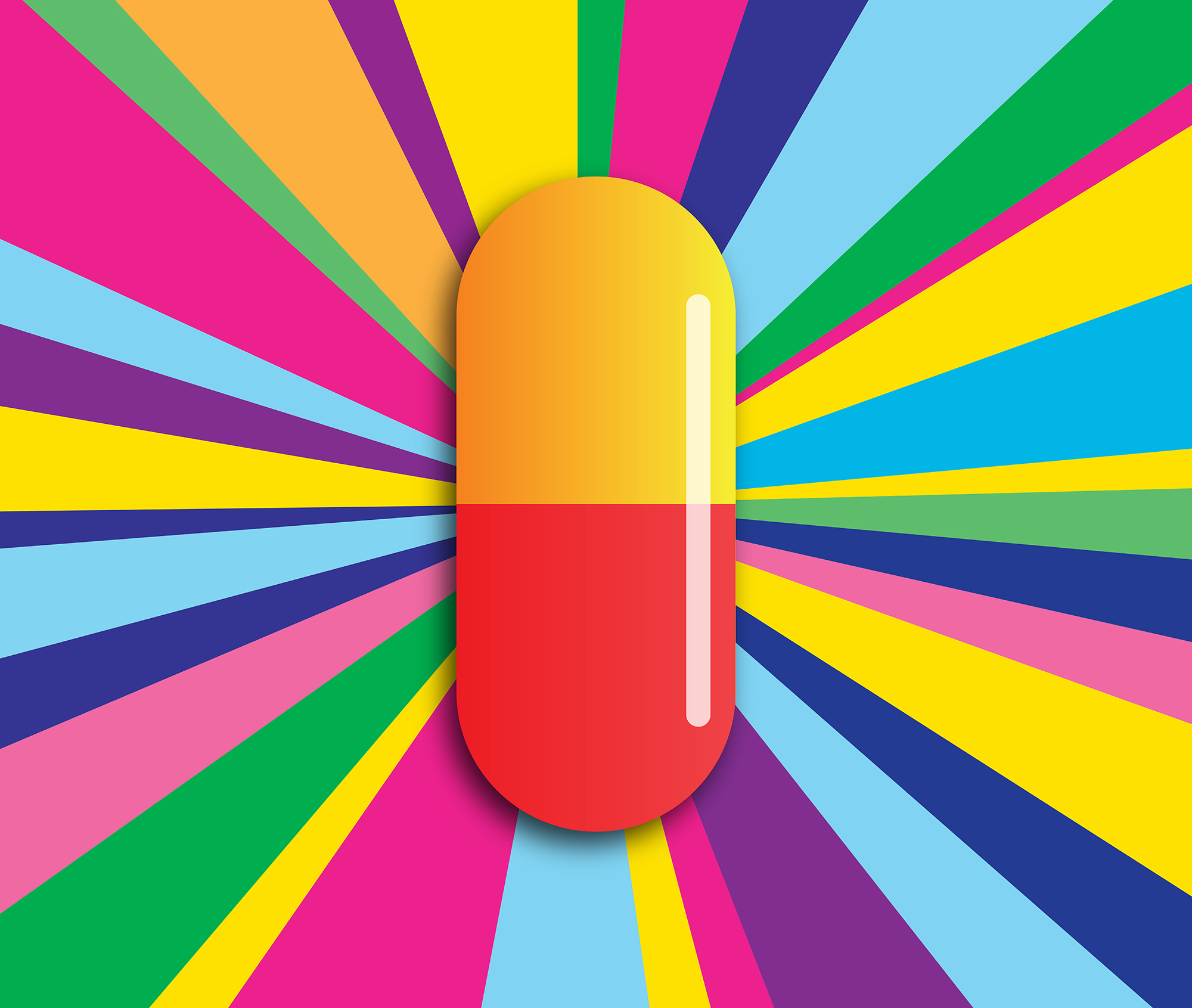 Better known for its psychedelic properties, Lysergic Acid Diethylamide (LSD) became extremely popular during the counterculture of the 1960’s. But it wasn’t only popular among the free-loving hippies...

What most people fail to realize is that LSD was making waves within the psychiatric and pharmacology communities of the time as well. This was, of course, before the futile War on Drugs consumed both America and modern science.

Nevertheless, clinical studies from the past have brought forth compelling information about this drug. In 1964, researchers discovered that large doses of LSD could actually provide analgesic effects to its consumers. A pretty cool notion considering the fact that our federal government still views LSD as having zero medicinal benefits.

The study was recently published in the Journal of Psychopharmacology and is already gaining major exposure from the mainstream media — which is awesome considering this could be a huge step towards de-stigmatizing psychedelics on a larger scale.

Researchers gathered twenty-four healthy volunteers to determine whether or not microdosing LSD could assist with pain management. Here’s what went down. Scientists gave their subjects LSD in three different amounts of 5, 10 and 20 micrograms, in addition to a placebo. Subjects were then asked to submerge their hands into 37-degree water to see how long they could endure the frigid temperature.

Those on 5 micrograms didn’t show a significant difference in how long they could tolerate the cold water. The participants on 10 micrograms showed some difference but nothing too noteworthy. Amazingly, the students who received 20 micrograms of LSD were able to keep their hands in the water roughly 20% longer than those who received less. The group on 20 micrograms also expressed experiencing less pain and discomfort, overall.

This leads us to believe that low doses of LSD could be a new way for treating acute pain. The jury's still out, however, on whether or not these doses can also heal chronic pain.

Interestingly, all three doses administered are technically low enough to not trigger a psychedelic experience, a.k.a no trippy hallucinations. Quoted in a recent article by Emma Betuel for Inverse, the study’s first author, professor Johannes Ramaekers of the Netherlands’ Maastricht University, said, “anyone on any of these doses could sit behind a computer and do their work.”

Dosage seems to be the biggest difference between today’s study and those of the 1960’s. Back in the day clinical studies were more likely to use higher doses of LSD among volunteers, leading to interesting results but unrealistic applications. Believe it or not, not many people were keen on tripping in order to relieve their pain.

Fortunately, today’s scientists are using the “start low and go slow” approach within their trials, allowing participants to continue life as normal. Microdosing could be the key to unlocking LSD’s untapped potential. Being able to remain functional on LSD while still benefiting from its analgesic properties, could totally reframe how Americans deal with pain and how often physicians prescribe addictive opioids to their patients.