Lauren Taus Brings All Her Strengths to Ketamine Therapy

Lauren Taus Brings All Her Strengths to Ketamine Therapy 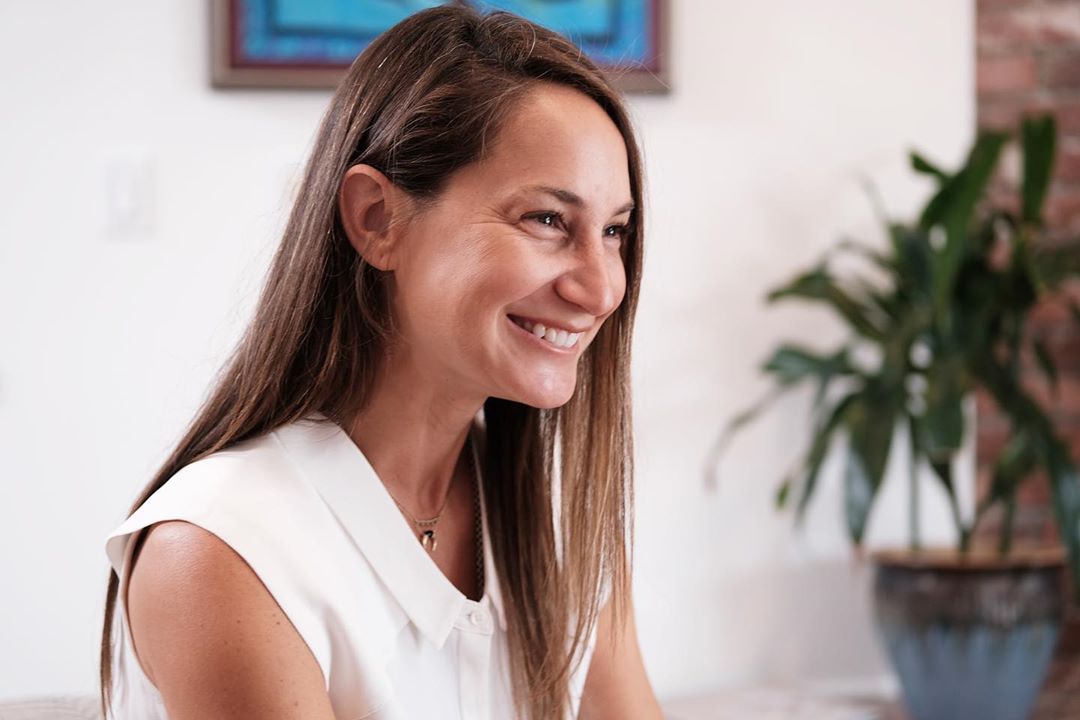 I left my conversation with Lauren Taus thinking about Henry David Thoreau, the early American essayist, poet and philosopher.

Which wasn’t exactly what I had expected.

If you Google her name, you will see many images of Lauren in her role as a highly successful yoga practitioner and instructor. The strength and grace of her lithe frame make manifest her dedication.

Some of her yoga poses seem to defy the laws of physics. Other poses appear merely infeasible.

Lauren will tell you she is first and foremost a psychotherapist, licensed as a clinician in both New York and California for over a decade. But using the broad definition of yoga — a group of physical, mental, and spiritual practices which originated in ancient India — is perhaps a useful way to understand Lauren.

I’ll get to Henry David Thoreau in a minute.

Growing up in Palos Verdes, a coastal city in Los Angeles County, Lauren has been lissome most of her life. Before practicing yoga she was a rhythmic gymnast and a dancer. But her interest in philosophy goes back even farther.

“I’ve always been a seeker,” Lauren says. “I was a little girl that was afraid of death and asking, what happens after you die?”

Her search for answers has benefited from an impressive education.

“You study abroad and you take these really amazing classes,” Lauren says. “You really learn how to write and read and think critically. It's pretty advanced.”

For her part, Lauren was well behaved, “really trying to be good and do the right things.” Her honors English teacher told her parents she should be more irresponsible.

“I wanted to study economics in university because I thought that was what I was supposed to do, and that's what would look good,” Lauren says. “But I couldn't get myself out of the religion and philosophy department.”

A self-described Jewish girl from L.A., she became a religion major, looking for deeper levels of connection. Lauren became interested in Buddhism, and had the opportunity to do independent studies with Robert Thurman, the acclaimed Buddhist author and academic.

It was while Lauren was at Columbia that the terrorist attacks on 911 happened. “I was really shocked, horrified and upset at the uprise of Islamophobia,” Lauren says. She turned her focus to Islam. Her interest proved enduring.

She would later co-curate a delegation of Israeli and Palestinian peace activists to visit Dharamsala and meet the Dalai Lama in order to explore non-violent approaches to conflict.

In 2008 Lauren became a full-time yoga teacher and life coach.

“It did start with yoga,” Lauren says. “Yoga has been the foundation for my own wellness for over two decades.”

Lauren went to NYU to earn a Masters in Social Work, and began her career as a clinical therapist.

It wasn’t until years later that she discovered psychedelics.

“My brother brought me to my first journey,” she says. “And it was very beautiful, actually. I had a powerful visual while laying in my brother's arms of, like, a biblical caravan with animals and people marching from the desert, from my mind into my heart.”

The setting was a facilitated ceremony, using a combination of mushrooms and ayahuasca. The experience made an impact, but it would be years before Lauren would learn how to incorporate psychedelics into her work as a therapist.

“There was a bit of a gap in time of me not knowing or understanding the way in which psychedelic medicine dovetails with psychotherapy.  And when I did become present to that was probably about three years ago. I did the MAPS MDMA training first. I actually did that training in Israel with Michael and Annie [Mithoefer]. And Tim Ferriss was in that training, who I actually had known from years prior to that. It was a really beautiful, eclectic group of people.”

MAPS, a.k.a. the Multidisciplinary Association for Psychedelic Studies, is a 501(c)(3) non-profit research and educational organization that develops medical, legal, and cultural contexts for people to benefit from the careful uses of psychedelics and marijuana.

In August of 2017 the U.S. Food and Drug Administration (FDA) granted Breakthrough Therapy Designation to MDMA for the treatment of post-traumatic stress disorder (PTSD).

Dr. Michael and Annie Mithoefer are the co-therapists for that MAPS' landmark MDMA/PTSD study.

Tim Ferriss is an author, investor and host of the popular “The Tim Ferriss Show” podcast who recently made news when he spearheaded the Capstone Campaign, donating a million dollars of his own money and helping MAPS raise $30 million in less than six months.

So I suppose that would be a good group of people to join for your first training in psychedelic therapy.

Next, Natalie Ginsberg, the Policy & Advocacy Director at MAPS said Lauren should do a ketamine training. “She's one of my very, very best friends,” Lauren says, but she was shocked at the suggestion. “I looked at her like she had seventeen heads.”

Lauren’s observations of ketamine at parties had left a bad impression. “Watching people participate in proactively seeking the K hole experience in social contexts, the degree to which people leave and disassociate, made me uncomfortable,” she says. “It didn't look good.”

The benefit of specialized training in a therapeutic environment have broadened her understanding. “In fact, the K hole is what I call transformational space. But I work with people in such a way that space is really, really deeply held and prepared for, processed both in the immediate aftermath and in the days, weeks, months after.”

Lauren tries to integrate all of her life experience into her work, and still accesses the knowledge she gained from teaching yoga.

“Having spent so much time teaching and working with the body, it’s definitely a resource and a tool that I still utilize within the psychotherapeutic context. Just to be mindful. How is somebody breathing? How are their shoulders? Are they collapsed in their chest? [It’s useful] to watch the body and to invite the individual to notice and to explore, from a somatic perspective, what's coming up for them.”

Lauren shared her psychedelic experience with her father, Stephen D. Taus MD, and invited him to try it for himself. His answer was unambiguous: No. No way.

Until one day… “Finally he said yes,” Lauren says. “And he had a really beautiful journey with ketamine.” The experience changed his outlook entirely. He was very excited. “You know, if you haven't done this, you haven't lived!” he told Lauren. “I want to work with you. I want to support what you're doing.”

The openness she has experienced with her family was part of the inspiration for Lauren to start the Inbodied Life podcast, which is now in its second season.

“I want people to be in the space of transparency in their conversations with their loved ones. And I want to support that with information and education, and that's what the podcast is about.”

Lauren points out there is still a lot of misinformation and ignorance circulating, and it’s important to invite people to participate in a dialogue that is accurate and authentic.

Also it’s fun. “I have fun with the people that I meet, expanding my own networks to include and elevate more voices. I believe in a win-win world. How can we live shoulder to shoulder, heart to heart, eye to eye and win together? There's a lot of room on the top of the mountain. Let's all get there.”

Lauren has a word of caution for those contemplating psychedelic medicine. “If you're going to sit with someone, be sure that you fully trust them. You should trust them as much as you would a neurosurgeon. This is like spiritual surgery, and these tools are deep,” she says. “I work as a clinician with ketamine specifically in a deeply relational way so that there's a lot of care before, during and after an experience that is designed to support people in transitioning a really powerful experience into a powerful life change. These tools shouldn't be used willy nilly. Bring intention, bring heart, bring preparation.”

Henry David Thoreau is most remembered for his book Walden, an account of two years, two months and two days the author spent alone in a cabin he built on Walden Pond.

Drawing on all Thoreau’s strengths, the book is part essay, part poetry and part philosophy. Thoreau is a champion of self-exploration and tearing away self-imposed limitations.

Late in our conversation, doubtless drawing on her excellent liberal arts education, Lauren referred to a few lines from the last chapter of Walden:

A thousand regions in your mind

Yet undiscovered. Travel them, and be

“What is interesting to me is to connect with people and support people in their homecoming. All progress to me is return,” Lauren says. “I look at my work like an archeological dig. I think people are working with more than their own narratives. I believe that. There's tons of science and research around intergenerational trauma and transpersonal space, and we're working with content that's older than we are. And if we can dig into our hearts, minds and souls and excavate who we really are — which, of course, isn't a fixed thing — that's the real medicine.”