Each day millions of Americans sit in front of their screens and wonder, what’s next? 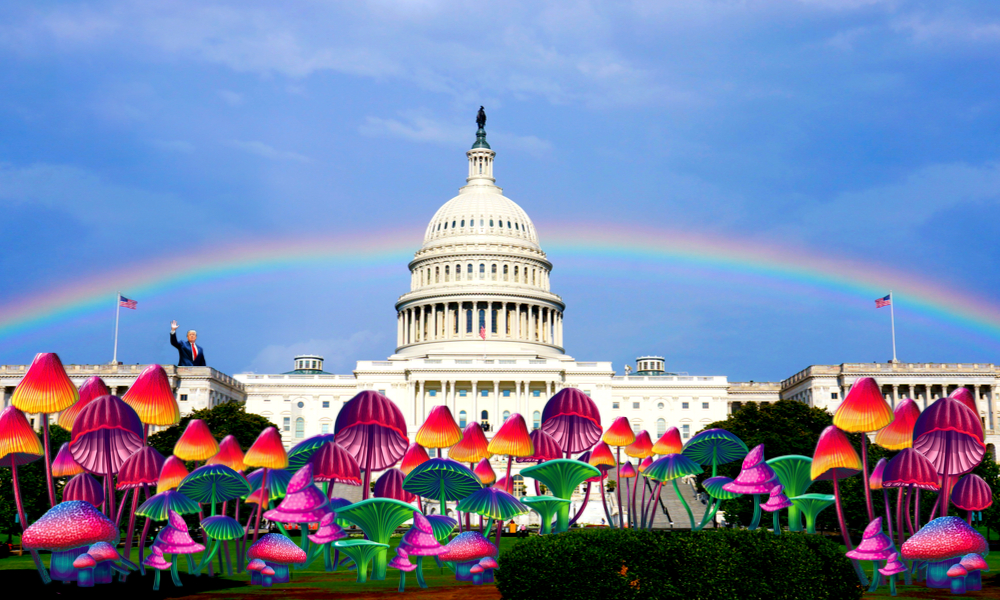 Each day millions of Americans sit in front of their screens and wonder, what’s next? What more could 2020 possibly have up its sleeve? Fortunately for us shroomies, it’s good news because Washington D.C. is one step closer to potentially decriminalizing “magic mushrooms” and other entheogenic plants.

In early August, the D.C Board of Elections announced that ‘The Entheogenic Plant and Fungus Policy Act of 2020’ (a.k.a. Initiative 81) had officially garnered the criteria necessary in order to earn itself a spot on the upcoming ballot.

With a whopping 36,000 signatures from D.C. residents, not even Covid-19 could stop The Campaign to Decriminalize Nature DC. Although the virus did force organizers to pivot their efforts.

Thankfully, emergency changes were made by the D.C. Council regarding petitions, thus enabling residents to send in their signatures both electronically and by mail. Furthermore, once D.C. met the requirements for Phase 2 re-opening, Decriminalize Nature DC volunteers immediately hit the streets with sanitizer in hand — literally. The community-driven organization practiced social-distancing and even disinfected pens inbetween signatures.

Decriminalize Nature DC is led by initiative proposer Melissa Lavasani, who first filed the voter initiative with the D.C. Board of Elections in December 2019. The Washington Post caught up with Lavasani, a D.C. government employee, to learn more about the initiative.

Lavasani explained that it all started after she’d begun consuming microdoses of illegal “magic mushrooms” to help treat her postpartum depression — which she found to be incredibly helpful — and believes people should have access to plant medicines.

Lavasani is supported by a huge following of individuals who agree it’s time D.C. loosen its laws surrounding psychedelics. If D.C. constituents vote yes on Initiative 81 in November, the city will introduce legislation making entheogens a lower priority to the Metropolitan Police Department.

But what exactly is an entheogen? Basically it’s any plant or fungi substance that naturally alters the mind and expands the user’s consciousness when consumed. Entheogens, such as mescaline-containing cacti and psilocybin mushrooms, have been protected and used in sacred indigenous ceremonies for centuries but have recently become more popular within non-indigenous communities, as well.

Ancient plant medicine is now trending throughout the country with people turning their attention towards a more organic approach for healing mental health conditions.

To be clear decriminalizing does not mean legalization. There is a big difference. Don’t expect Amsterdam-like shroom shops to sprout up across the D.C. area if Initiative 81 passes. This isn’t that type of legislation. But it would lead to less legal prosecution and criminal charges against those who cultivate, distribute and use psychedelic plants for personal use — emphasis on personal. Meaning adults who choose to self medicate with psychedelic entheogens can do so without living in fear of being arrested. If passed, by 2021 Washington D.C. will join Denver, Oakland and Santa Cruz as the fourth city in the United States to decriminalize psilocybin.