Psychedelics and the Search for Self Consciousness

Psychedelics and the Search for Self Consciousness

How can psychedelics aid us in our pursuit of developing our own self-consciousness? Scientists are exploring the link. 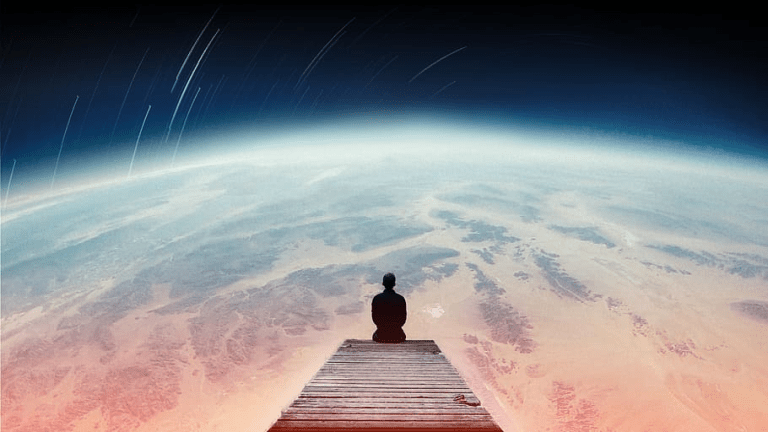 In September of 1848, a group of construction workers were tamping down blasting powder with 3cm thick iron rods when an accident sent a rod through the skull of the foreman, Phineas Gage. The rod entered the roof of his mouth and exited through his frontal lobe with immense force.

Thirty minutes after the incident a physician arrived to the victim calmly sitting in a chair, fully conscious, with a gaping hole in his head. Gage calmly told the physician, while covered in blood, “Here is business enough for you.” Gage lived until 1860, another 12 years.

Extraordinary mental changes followed. Before the incident, Gage was described as a balanced, hard-working, and favorable foreman. Afterwards, the physician reported profound mental instability, writing, “The equilibrium or balance, so to speak, between his intellectual faculties and animal pro­pen­si­ties, seems to have been destroyed. He is fitful, irreverent, indulging at times in the grossest profanity.”

The doctor reported he was so radically changed that to his friends and acquaintances, Gage was, “no longer Gage.”

Students of psychology, neuroscience, and medicine may yawn at this story — professors tirelessly discuss Gage as the basis of almost every “Introductory To…” lecture. But Gage is a hallmark example of the physicality of our nature. Somehow, Gage’s personality, emotions, and the essence of who he was seemed to be encoded in the billions of neurons in his brain.

The tale of Phineas Gage had a huge and widespread influence on neuroscience. Over the next 150 years, hundreds of other case studies were released investigating how abnormalities of the mind were localised to injuries of the brain.

Thanks to a patient named Henry Molaison, for example, we now know our hippocampi are crucial in the formation of memories. Molaison had two thumb-sized sections of tissue surgically removed to stop his seizures, but couldn’t retain information for longer than 7 seconds after the procedure. Using these cases of alteration and abnormality has tremendously advanced our understanding of the human brain.

It seems, however, that we are at a similar crossroads in Western scientific thinking regarding the mind and the brain, and it would be foolish to ignore this compelling wave of research.

Psychedelics have received an increasing amount of scientific and public interest in recent years. Many articles and publications over the past decade have started to recognise this broad class of (often illicit) substances as having massive therapeutic potential.

With preliminary research showing unprecedented positive impacts on issues like treatment-resistant depression, OCD, and addiction, there is, undoubtedly, much more to be revealed about the potential of these compounds. However, we must also recognise that the scientific utility of psychedelics can often go beyond the realm of mental health.

Much like the case of Phineas Gage, psychedelics (in large enough doses) can have unprecedented effects on the functioning of the human brain. However, unlike the case of Gage, the extreme effects of psychedelics on perception are reversible, as individuals that undergo a psychedelic trip will eventually return to reality.

Studying this radical shift in consciousness has huge scientific potential. Quintessential consequences of psychedelics, like the ineffable mystical experience, have been the focus of theoretical attention by psychologists and philosophers for centuries, yet have often escaped formal empirical study. However, with a concerted effort from research groups worldwide, the effects of psychedelics are being put under the microscope, and can bear fruit in our endeavours to answer fundamental questions about the nature of consciousness itself.

The Problem With Consciousness

Neuroscientists and philosophers are continually wrestling with the more elusive aspects of consciousness. The so-called “hard problem” has evaded the explanations of philosophers and neuroscientists for decades. Despite our astonishing understanding of the human brain, we are yet to fully realise what it is like to have experiences, to be a subject within this world, and, crucially, how these map on to biological mechanisms in the brain.

Anil Seth, esteemed neuroscientist at the University of Sussex, discusses what the next steps in the study of consciousness are. Seth writes, “..tackling the real problem of consciousness depends on distinguishing different aspects...and mapping their phenomenological properties [subjective first-person descriptions of what conscious experiences are like] onto underlying biological mechanisms [objective third-person descriptions].”

Trying to find the parts of the brain that are responsible for the processing of the self has, however, proved somewhat difficult for researchers. Neuroscientists have to ask themselves overbearing philosophical questions like “What is the self, and what is it like to be me?” It is a hard concept to define, understandably, and therefore study.

We know that in normal waking consciousness, egocentric personal pronouns like ‘I’ and ‘me’ cement ourselves at the center of our universes, facilitating a constant first-person narrative. However, our experience of the self is radically changed under the influence of psychedelics and it is through this lens that we may begin to understand such phenomena.

Who’s There? Psychedelics and Ego Dissolution

Ego dissolution is a central occurrence within the psychedelic experience. Users explain that under the influence of psychedelics their sense of self becomes completely distorted. The boundaries between the sense of self, this egocentric “I”, and the objects surrounding you may suddenly evaporate into oblivion. That is, there is no longer a distinction between yourself and the objects that you may be perceiving.

Aldous Huxley, in his book The Doors of Perception, eloquently explains his journey with mescaline, a psychedelic derived from the peyote cactus, in 1954. An excerpt from his escapades highlights his peculiar encounter with ego dissolution:

“The legs, for example, of that chair — how miraculous their tubu-larity, how supernatural their polished smoothness! I spent several minutes — or was it several centuries? — not merely gazing at those bamboo legs, but actually being them — or rather being myself in them; or, to be still more accurate (for “I” was not involved in the case, nor in a certain sense were “they”) being my Not-self in the Not-self which was the chair.”

Difficult to get your head around, right? However, with the advancement of scientific technology, scientists have been able to peek inside the minds of participants and opened a window of understanding into the physical nature of self-consciousness. If we can investigate what brain activation is like when self-consciousness radically changes, maybe we can understand where exactly the self might be encoded in the brain under normal circumstances.

Where Minds and Brains Meet

Generally, researchers have found that during the psychedelic state there is significant deactivation of the default mode network, a group of structures found on the surface of the brain that are strongly connected to each other. This network is crucial in brain functioning — it uses up a lot of energy, and has a large amount of connections to other important networks in the brain. Interestingly, this network is particularly active when the mind is not focused on the task at hand, when you are dwelling on the past, or envisioning the future.

Remarkably, researchers from Imperial also found that deactivation in a key area of the default mode network (the posterior cingulate cortex) strongly correlated with the experience of ego dissolution.This means that this area of the brain that is usually highly active under normal circumstances dramatically reduces its activity under the influence of psilocybin (the psychoactive component in psychedelic mushrooms). The more this area reduced in activity, the higher the participants scored on measures of ego dissolution.

So, did we locate the physical manifestation of the self in the brain? Well, the picture may not be that simple. Other researchers have shown that a different brain network is affected during ego dissolution — the salience network. Lebedev and colleagues showed that, compared to placebo, the connections between areas of this salience network broke down in the psychedelic state. Again, this breakdown in connectivity was highly correlated with ego dissolution. When the connections were highly disintegrated, the participant felt the intensity of ego dissolution much more strongly.

Under the influence of LSD, however, connectivity increased over the whole brain (which the researchers dub global connectivity), while, to complicate matters, the default mode and salience networks became less connected.

So, is it the default mode network or the salience network that encodes our self-consciousness? To reconcile all of these findings, other researchers say that it’s both. Lebedev and colleagues argue that default mode network processing may be responsible for the narrative self — where you create stories about yourself to form a continuous and distinct identity. Whereas the salience network may encode the embodied self using sensory information, for example, to predict where your hand ends and where the table begins.

Unsurprisingly, it seems we’re still a long way from solving the puzzle of self-consciousness. The picture is nuanced, and many researchers are hesitant to come to a conclusion without further investigation. However, the concerted study of psychedelics has led to some intriguing theories about the human brain, including the above idea that there are many layers to the self, encoded in distinct areas of the brain.

In recent years, some researchers are also coming to the conclusion that the idea of the self, and every other aspect of consciousness, is simply a construct created by the brain — if you can, watch Seth’s fantastic Ted talk on the subject.

This fascinating notion, that the self is an illusion, significantly overlaps with many contemplative Buddhist traditions — attempting to understand that you are impermanent and constantly changing is a primary goal of meditative practice. Deeper than this, however, and much like meditation, psychedelics provide a unique opportunity for refined introspective awareness.

Entertaining the idea that the self is impermanent, even just during a short psychedelic experience, may be the spark that some people need to induce fundamental changes in their life that can have momentous effects on their mental health. Perhaps it is these insights that are central in the therapeutic potential of psychedelics?

While this idea is speculative, one thing remains overwhelmingly clear: there is exceptional scientific potential in the use of psychedelics.

It’s not only an exciting and pivotal time in the study of the mind and brain, but also a crucial point of growth. Turning our heads back to 1848, Phineas Gage contributed immensely to our understanding of the inner workings of the mind. If we merely ignored his fascinating case, who knows where modern neuroscience would be? It would be equally as foolish to ignore the great potential that psychedelics have in the study of the mind and of the nature of consciousness.