How Psychotherapy and Psychedelics Work Together at This Ketamine Center

How Psychotherapy and Psychedelics Work Together at This Ketamine Center

At this San Francisco center, psychotherapy and psychedelic ketamine sessions work together to assist with healing. 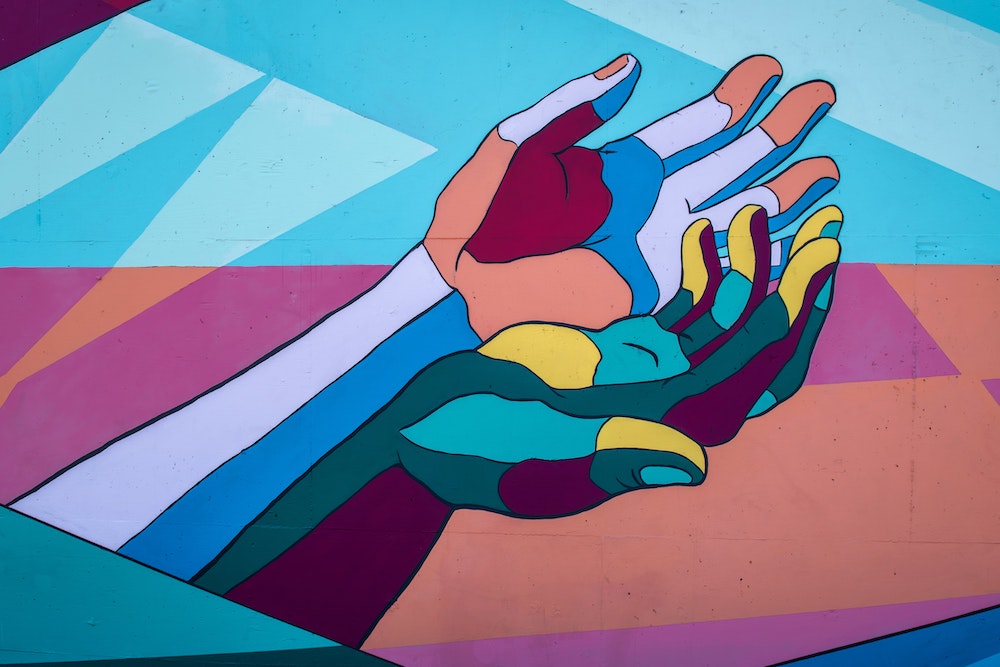 If you ask Veronika Gold about Polaris Insight Center, the San Francisco-based ketamine-assisted psychotherapy clinic she founded two years ago with a handful of colleagues, she will tell you it is the actualization of a lifelong dream she never thought would come true.

The center uses the psychedelic potential of ketamine to enhance alternative and traditional methods of psychology to heal people from deep emotional scars that manifest in anxiety, depression, and other mental health disorders.

“It’s a beautiful and exciting model,” she says, the passion palpable in her voice. “I am hopeful about the possibilities this presents to us.”

A Dream Is Born

Gold was 16 years old and shouldering dramatic social and cultural change in the aftermath of the Velvet Revolution in the Czech Republic, when she attended a transpersonal psychology conference in her home country. That’s when she found herself face-to-face with Stanislav Grof, one of the founders of this transcendent subfield of psychology.

“I was fascinated and endlessly intrigued by his stories,” she recalls. Grof, a Czech psychiatrist, was well-known in scientific circles for his early research with LSD. He had also developed a method of non-ordinary states of consciousness called holotropic breathwork.

“Holotropic breathwork became very important to me in my personal journey, and healing of my cultural trauma and personal challenges,” gold says. She embraced the practice wholly.

By the time she turned 18, she was on parallel tracks of study involving clinical psychology and altered states of consciousness. “I didn’t think I’d ever be able to put these two interests together,” she says.

The years that followed sent her around the world — to Japan, Indonesia, Australia and the United States— experiencing a variety of cultures and interests. She was in San Francisco, California, working as a Licensed Marriage and Family Therapist, when the life-changing opportunity struck her.

Gold applied for and, in 2016, was granted, the opportunity to assist with a Multidisciplinary Association for Psychedelic Studies (MAPS)-led clinical trial using MDMA (3,4-methylenedioxymethamphetamine)-assisted psychotherapy for the treatment of post-traumatic stress disorder (PTSD).

“It changed my life and the way I see healing and transformation,” she says. It also set her career on an exciting new course.

After working with MDMA, Gold took a job at a ketamine infusion clinic. The clinics had sprung up throughout California in recent years offering an alternative treatment for anxiety, depression and chronic pain, especially for people who found little to no relief or tolerance with other therapies.

Ketamine is approved by the Food and Drug Administration (FDA) at certain doses to be an anesthetic and pain killing agent for diagnostic and surgical procedures. The National Institute of Mental Health and the American Psychiatric Association both endorse a dosing strategy for ketamine for antianxiety and antidepressant benefit that involves a series of six infusions over the course of two to three weeks. This use of ketamine is not approved by the FDA but is used off-label and considered an alternative treatment. Doctors have the ability to prescribe drugs for uses in which they are not approved, but drug companies cannot market the drugs for off-label uses.

But the controversy — and benefit — with ketamine is that at higher doses, the drug goes beyond anesthesia and analgesia, and has psychedelic properties. “It is a dissociative medicine that quiets sensory input and can launch people into an expansive, transpersonal space,” psychologist, ketamine specialist, and founder of KRIYV Research Institute Raquel Bennett, Psy.D., writes in the Spring 2019 MAPS Bulletin.

Since the 1960s, Western medicine has shied away from medications with psychedelic or psychospiritual properties and restricted their use, and this includes ketamine, at least to a degree. The Drug Enforcement Administration (DEA) lists ketamine as a Schedule III drug, grouping it with products like Tylenol with codeine, anabolic steroids, and testosterone. These drugs, the administration says, have a low-to-moderate potential for physical psychological dependence. Not as much as Schedule II drugs like cocaine, methadone and fentanyl, or Schedule I drugs like MDMA, also known as ecstasy, the same medication Gold studied during the MAPS clinical trial. But enough that the DEA believes there is potential for it to be abused and misused.

In recent years, there has been a resurgence of interest in the therapeutic benefits of many scheduled medications with psychedelic properties. Thanks to MAPS, clinical trials have started to investigate the use of drugs like LSD, MDMA, and even psychedelic doses of ketamine for a variety of treatments including depression, suicidal ideation, death anxiety and PTSD.

The dissociative characteristics of ketamine and the possibility it holds when paired with psychotherapy intrigued Gold. Her job at the ketamine infusion clinic was to help develop a more therapeutic-based setting for clients undergoing treatment. The process was somewhat impersonal, she recalls. There were sometimes several people getting infusions in one room at the same time. “One of the first things we did was to change the setting to smaller rooms for one-on-one treatment, but still monitor patients so they felt more comfortable,” she says.

But there were other challenges that impeded the psychotherapeutic process. Nurse practitioners were well equipped to administer IVs, but they had no training on how to work with psychological issues clients might bring up once under a non-ordinary state of consciousness brought on by ketamine therapy.

Another issue was with the infusion process itself. Some people are afraid of needles or uncomfortable about infusions. And the IV needle that remained in the patient’s arm during their treatments could get in the way if patients moved around or began to tremble, as could happen when trauma stored in the body begins to release, Gold explains.

And then there was the point that Bennett made in the MAPS Bulletin. “The problem with this paradigm of treatment is that it puts the patient in a passive position; the patient is not called upon to participate in their own treatment (except to show up for the appointment), and all of the ‘magic’ is attributed to the chemical action of the medication.”

There was clearly more that could be gained with ketamine therapy if the emphasis were put on the psychological element, Gold says. “I don’t want to give the impression there’s not a place for infusion clinics. There are a lot of different possibilities when it comes to working with ketamine,” she says. But the ketamine-assisted psychotherapy clinic Gold envisioned wouldn’t simply treat symptoms. It would help clients heal the source of their pain.

In 2018, Gold’s dream became reality when she and fellow MAPS-trained medical doctors, psychologists, and therapists founded Polaris Insight Center. The center provides ketamine therapy under the same three paradigms outlined by Bennett. The first takes a medical approach, and deals with symptom relief. The second brings in the psychological model “which uses the medicine as a lubricant for therapy,” Gold explains. The third is the shamanic paradigm, the psychedelic and spiritual experience that guides the psyche to healing.

Clients are first vetted to determine whether they are a good fit emotionally and physically for ketamine therapy. Treatment plans usually include three to six medicine sessions, each lasting three hours. Medicine sessions are held in a therapy office setting and treatment is given either by intramuscular injection or a lozenge that is dissolved in the mouth.

Each medicine session is preceded by a preparation and goal-setting session and followed by an integration process to help clients better understand the insights they experienced during treatment.

During medicine sessions, patients are able to go deeper into their psyche and, with the guidance of a psychedelic therapist, explore past experiences. For some, that may mean revisiting traumatic events that lie at the core of their depression and suicidal thoughts. Working through these experiences with a trained psychotherapist opens clients up to new perspectives and enables them to begin healing.

“A lot of people find this to be a very positive experience,” Gold says. “At times, we have seen really significant progress with clients that can happen fast.”

During the weeks of treatment, the Polaris Insight team works with each client’s psychiatrist and primary psychologist or therapist to ensure the healing continues. “This collaboration is a little unusual,” Gold says. “But it is a beautiful and exciting model.”

Looking to the Future

Polaris Insight Center has provided life-altering ketamine treatment to dozens of people suffering from mental health problems. It has also enabled Gold to fulfill her dream of combining psychotherapy and psychedelic therapy to improve the lives of others. But she and her partners at Polaris Insight are not limiting their focus to just ketamine.

“We love working with this medication and see the tremendous benefits of it,” she says. “But we are also creating a model of how psychedelics of the future can look like. It’s expanding the dimension of psychology, and that’s very exciting.”