The Amazonian psychedelic concoction, Ayahuasca, has begun to receive widespread attention for its therapeutic benefits. 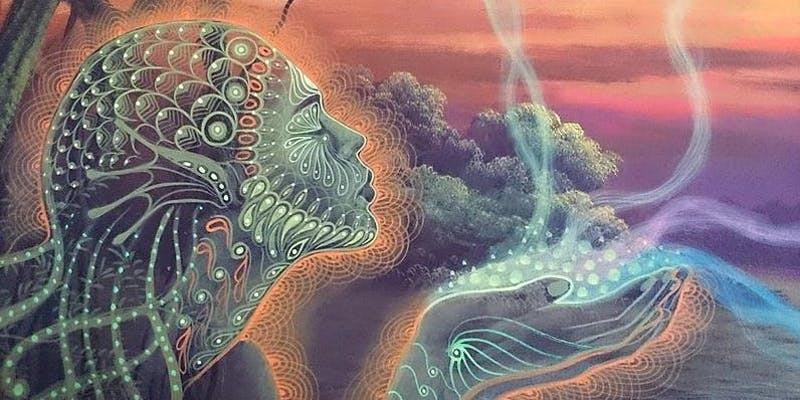 The traditional Amazonian psychedelic concoction, Ayahuasca, has begun to receive widespread attention for its powerfully therapeutic benefits. As countless people from across the globe travel to destinations like Mexico and South America to try this indigenous, hallucinatory brew, I can’t help but reflect on my own recent experiences engaging with the medicine. It has been exactly two weeks since I last consumed ayahuasca as a part of a weeklong retreat where we underwent three ayahuasca ceremonies in total at Inscape Recovery in Central Mexico. As a clinical biologist and dedicated psychonaut, I hope to combine my personal experience consuming ayahuasca with deep insights from the available clinical data to provide a comprehensive picture of this uniquely powerful plant medicine.

My intention behind consuming ayahuasca is in alignment with that of a growing wave of Westerners seeking out psychedelic plant medicines, such as ayahuasca, as a tool for psychospiritual growth and healing. While sacred psychedelic plants have been used by indgenous peoples around the world since time immemorial, it is only recently that the Western world has acknowledged their therapeutic potential. As a growing body of research begins to validate the benefits of ayahuasca, many of which ancient cultures have long since believed to be true of the cosmic brew, I hoped to discover for myself how this jungle medicine could improve my life. Like many seeking psychedelic therapy, I hoped to better understand myself and reconcile personal struggles with past traumas and, in my case, chronic pain. Before diving deeper into my personal relationship with the medicine, however, it is important to briefly review the current state of affairs surrounding the clinical research behind ayahuasca.

Ayahuasca is traditionally an Amazonian psychoactive brew composing of Banisteriopsis caapi vine (also known as the ayahuasca vine) and leaves from the Psychotria viridis bush (also known as the chacruna plant).1 The main psychoactive ingredient, DMT (dimethyltryptamine), is responsible for its powerful psychedelic effects and known to produce profound visions and/or emotional states. Unlike DMT, which only lasts several minutes and is generally accompanied by very intense visual hallucinations, the psychedelic experience induced by ayahuasca is uniquely variable depending on the individual as well as the set and setting in which it is consumed. While it may not consistently induce strong visual  hallucinations in every user, it is certain to facilitate profound alterations in consciousness, which have been shown to be effective in the treatment of various mental illnesses, including addiction. Some of the psychological effects of ayahuasca that have been reported in the literature include “a powerful sense of self-confidence, a new perspective and reinterpretation of intrapsychic conflicts; users may reveal intimate truths, and ayahuasca may be powerful in facilitating psychotherapy.”2 Such profound mental states facilitated by ayahuasca have shown to be a powerfully effective tool for personal development and psychospiritual growth. One aspect of the ayahuasca ceremony has gained considerable attention in mainstream culture and is central to this discussion: the “purge”.

“The Ayahuasca Purge”: The Deeper Meaning Behind The Discomfort

About half an hour into drinking the distinctively thick and unpleasant tasting brew, I feel the unmistakable onset of intense nausea--a central part of the ayahuasca experience known as the “purge”. There are several purge symptoms classic to ayahuasca, which include vomiting, diarrhea, crying/laughter, yawning and even physical shaking--all of which I have personally experienced. As I relive the memory of vomiting into my ceremonial purge bucket while writing this, I can’t help but reflect on the deeper significance of the purge as it relates to the healing powers of the plant. A comprehensive 2019 study that conducted a rigorous meta-analysis as well as interviewed 227 people, including healers and participants, found that “purging has been integral to the therapeutic use of ayahuasca across and beyond Amazonia”.3 The combination of ethnographic evidence and recent scientific studies connecting the gut microbiome to emotional wellbeing serve as key evidence upon which the clinical significance of the “ayahuasca purge” can begin to be established. Indeed, ancient traditions have long used preparations of purgative plants to “cleanse” the body, mind and spirit in a biological process that is also powerfully symbolic across cultures.

As someone who has struggled with digestive issues and related chronic pain for some years now, I can confidently say that my relationship with ayahuasca has greatly improved my physical health and helped me reframe my personal narrative around physical pain and discomfort. I believe ayahuasca has provided me with profound healing on not only a physical level by helping me attain better overall health and more physical relief, but on a mental and spiritual level as well that allows me to cope with life’s inevitable challenges that arise. Further exploring the ayahuasca’s ability to dissolve limiting beliefs we may hold around pain, sadness and even death is central to understanding the overall therapeutic value of this medicine.

A Spiritual Rebirth: Reframing the Narrative Around Pain, Depression & Death

The meaning behind the term ayahuasca is significant to this discussion as the indigenous cultures consider it the “vine of the soul” or “vine of the dead”. DMT, the main psychoactive compound in ayahuasca, is naturally released by the brain in small amounts while we dream, as well as upon birth and death. In fact, it is said to be responsible for the profound visions, often described as “white light” and “one’s entire life flashing before their eyes”, that occur in the moments preceding death. As such, DMT-containing preparations, such as ayahuasca, have the powerful ability to facilitate an individual's relationship with death as it relates to the way they currently see the world. Personally, my ayahuasca experience, replete with the very intense purge symptoms, allowed me to reframe stories I told myself regarding challenges pertaining to my physical, mental and spiritual health. Indeed, the recent research regarding the ability of ayahuasca to induce neuroplasticity is in alignment with the idea this medicine can help catalyze the death of old, limiting ideas and facilitate the formation of new ones. For me, limiting ideas around physical pain and sadness died and new ones took their place. Furthermore, during my second ceremony of the retreat, I experienced feelings of self-love and acceptance more powerfully than I ever have before. This powerful mental reframing process is a critical element to the ayahuasca experience and one I’m particularly grateful for. I firmly believe that the world at large has much to gain through the conscious, responsible and mindful use of medicinal plants like ayahuasca--perhaps now more than ever before.

The psychedelic experience offered by ayahuasca is incredibly deep, powerfully abstract and curiously subtle at the same time. Such a complex and transformative experience requires deliberate time that is set aside for proper integration so the benefits and insights gained can be applied to daily life. Combining psychedelic plants like ayahuasca with our current knowledge regarding psychotherapy and mental health stands to greatly benefit humankind and the Earth as a whole. As mentioned, set and setting are paramount to a successful and safe ayahuasca experience. I personally had the pleasure of attending the alumni ayahuasca retreat at Inscape Recovery in central Mexico that is staffed by an incredibly compassionate and well-trained team of clinicians and caregivers. As we look ahead to the future, it is the hope of this biologist and psychonaut that more retreat centers around the world can match the level of excellence and care offered by the team at Inscape. Furthermore, it is my hope that the psychedelic movement gains further momentum and the emergence of research into indigenous medicines, such as ayahuasca, provides greater insight into our collective potential to heal.

Learn more about Inscape Recovery and their novel use of ayahuasca treat addiction and mental illness in this upcoming documentary on global drug policy by the Microdose Psychedelic Insights team.